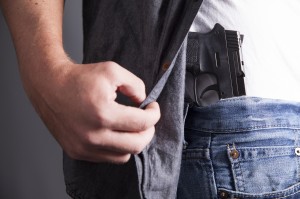 With the popularity of concealed carry growing, more Americans are lawfully carrying firearms than ever before… and that’s a good thing.

Still, the vast majority of concealed weapons AREN’T carried by law-abiding citizens. If you doubt that, well, you’re living in fantasy land.

The truth is that the vast majority of all burglars, muggers, petty thieves, drug dealers (even petty dealers), etc. know that they’re in a dangerous line of  work… one in which a weapon will eventually be required if they want to live another day.

So my question to you is, wouldn’t you carry a weapon if you were one of these folks? Of course you would.

You already know that new laws will not affect whether or not these criminal elements carry or not. Criminals don’t follow law, by virtue of them being criminals…

So the best way to protect yourself is to train yourself to judge whether or not a potential adversary is carrying.

These are signs the police are trained to look for when scanning for a concealed weapon (legal or illegal): 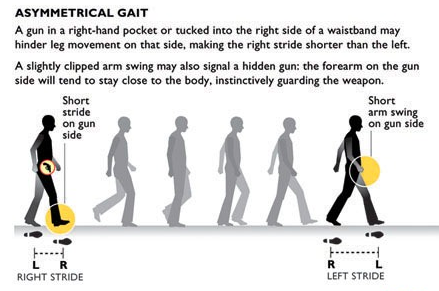 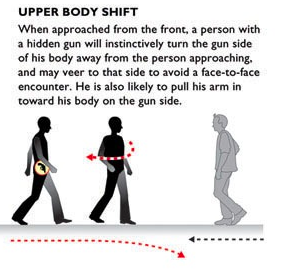 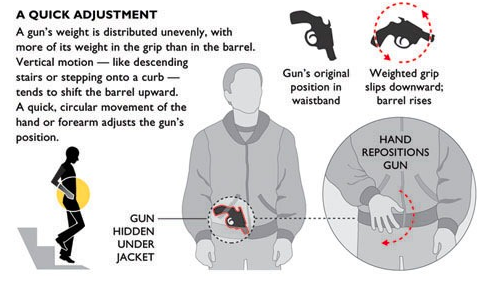 Can You Typically Spot a Concealed Weapon in Public? What do You Look For?