Scopes were nothing new in modern warfare. However, a major boost in performance was seen during the First World War. This was especially true along the entirety of the Western Front that ran from the Belgian coast to Switzerland.

Fighting in deep trenches sticking one’s head over the parapet could mean certain death. The way snipers and their spotters battled this was to adapt submarine periscopes and in some cases, literally attached them to their rifles as you can see in the picture. 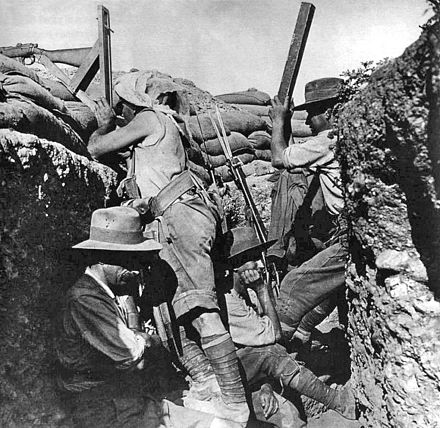 These scopes evolved over the duration of the war and allowed sniping teams to see across several hundred yards over No Man’s Land picking off unsuspecting soldiers.

A new invention that radically changed warfare was also centered in the crosshairs of spotting scopes across Europe, Asia Minor, and Africa… the tank.

Tanks were incredible game changers during the First World War. It gave an advancing army both mobility and firepower. Yet, they had glaring weaknesses which were their slow speed and unreliability.

It was not uncommon for the British Expeditionary Force to roll out 200 tanks in a place like Passchendaele just to watch half of them break down, easy prey for artillery.

But new guns like the Mauser 1918 T-Gewehr (T standing for tank) to be used by snipers and their spotters to disable tanks with their armor-piercing shells. 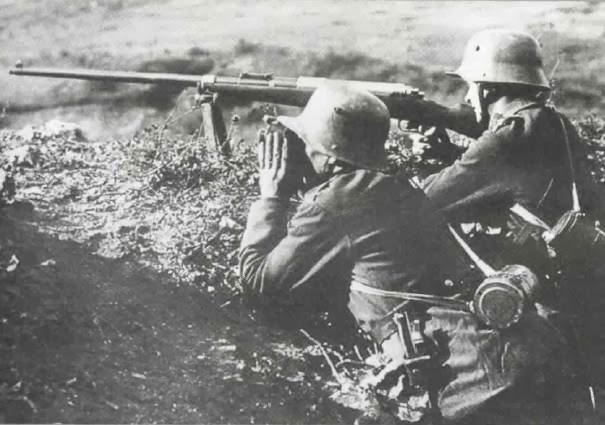