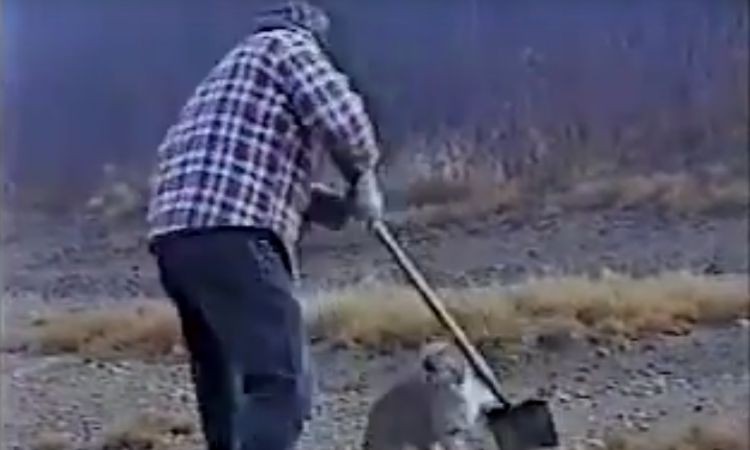 We’re not exactly sure why these two shovel-toting gentlemen are fooling around with this bobcat, but the result is an incredible, entertaining, and highly educational piece of video footage.

While many people, including the woman in this video, think of bobcats as fairly benign creatures, they’ve been known to put up quite a fight when they feel threatened. In this instance, the bobcat has been snared in a trap of some kind.

Was the trap set by the men in this video, or someone else, we don’t know. This could easily have been a trap these men set for a different type of game, and the bobcat was trapped accidentally. Either way, they showed some real guts (and little brains) when they decided to release this cat.