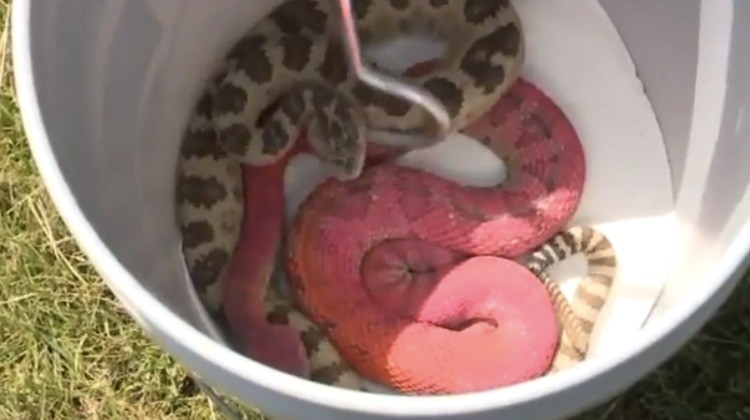 Rattlesnakes come in a wide variety of sizes and colors (there are 32 known species and 79 subspecies), but hot pink… that’s a new one.

Hot pink rattlesnakes weren’t thought to exist until only recently, when a Salt Lake City man noticed one slithering near the University of Utah campus. Only after capturing the snake for further inspection did researchers discover that it was not a new species or an albino specimen…

RELATED: This is What 5,000 Pounds of Rattlesnakes Looks Like [VIDEO]

It had simply been spray painted as a prank. Waaah wah.

As you can see in the video, there’s a case to be made that painting a venomous snake can actually make the snake more dangerous, especially if its eyes have been affected. The snake may be more prone to bite non-threatening passers-by on account of its diminished vision.

Also worth noting, the snake expert in the segment mentioned that a rattlesnake bite can cost $90,000 to treat. That’s scary enough!