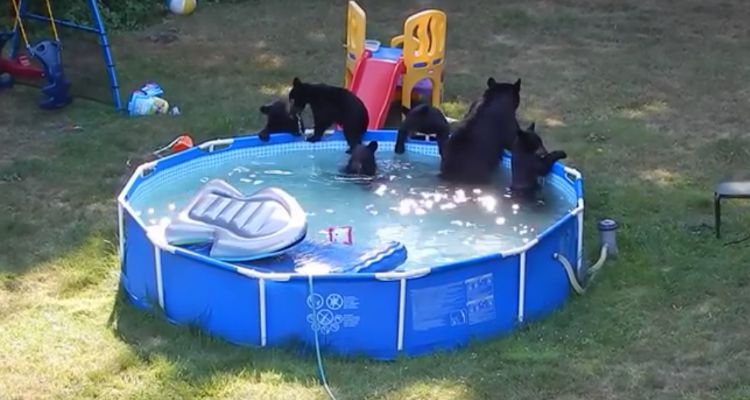 We’ve discuss the proper ways to handle a bear encounter on Patriot Caller at length, but those tactics mostly apply to bears encounter “in the wild.”

The situation featured in this crazy video is much, much different. This bear encounter involves an entire family of bears and one above ground pool. Yes, the description reads like instant YouTube gold…

RELATED: How to Survive a Bear Attack

Even though these bears are invading a backyard swimming pool, several key “bear survival” tactics clearly apply here. First and foremost, it’s important to note that this is a momma bear and her cubs.

As you may have heard, momma bears can be a little protective… and by “little” we mean she’ll put your life in extreme danger if they believe you’re a threat to her offspring. Enough said.

Another critical bear encounter tactic is to ID the species you’re dealing with. In this case, these are black bears, which happen to be smaller, easier to intimidate, and typically less aggressive than grizzlies.

Still, as you’ll see in the video, they generally lack respect for other peoples’ pool floaties.