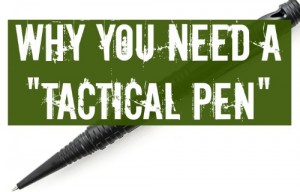 A while back, I was birthday shopping for a friend who had a wish list saved on Amazon. One item on his list made me laugh out loud…

Less than a year later, I’ve fully changed my mind. I am a tactical pen convert, and there’s a very simple reason for this: Tactical pens are allowed in secured areas where knives, guns, and even credit card knives are prohibited.

If you’re like I was, you’re probably wondering: What the heck is a tactical pen?

At its most basic and stripped down level, a tactical pen is any pen that can be used as an effective stabbing weapon. 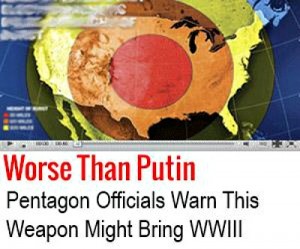 When you think about it, this definition includes most pens out there. However, most are a bit too short, lack any kind of grip surface, and will potentially break upon the first use (and of course you may need to use that sharp point several times to win a confrontation).

In essence, any pen can become a tactical pen if you carry if for this specific purpose. Personally, if I’m going to carry a self-defense weapon, I want to be 100% sure that I can depend on it…

Thus, I’ve become a fan of designated “tactical pens” from quality manufacturers like Schrade. They’re a bit more expensive than your average ballpoint, but cheaper than any of those fancy monogramed pens sets. 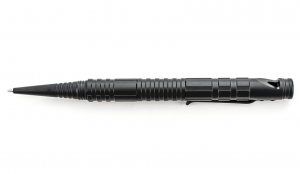 You know that you can trust these pens in a dangerous conflict because they’re designed for this specific purpose. Some of them (like the Schrade Survival Tactical Pen in the nearby photo) also serves as a fire tool, glass breaker, and a whistle.

Long story short: Tactical pens are covert, devastating, and most of them also can be used to, drumroll please… write.

What do you think? Are these pens cool or have I gone crazy? 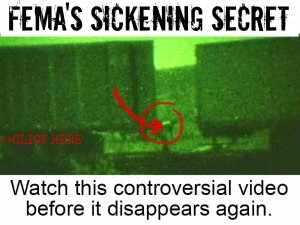