President Donald Trump has sparked a controversy or two in his still young presidency with his strong opinions. But one thing that’s not so controversial about this candidate is his choice in firearms.

Often criticized for “shooting from the hip” when speaking to the media, many Americans may still be wondering exactly where “The Donald” stands on the carry issue.

As a self-proclaimed lifelong New Yorker, one might assume that Trump doesn’t own any personal firearms, or that he’s had relatively little exposure to shooting sports, as he resides in a city well know for its restrictions on the 2nd Amendment.

Check it out here: Top 7 Guns for Seniors

But this assumption is wrong.  He was endorsed by the NRA without hesitation.

In a recent interview with the Dinancial Time regarding the Paris terror attacks, Trump had this to say, “I always carry a weapon on me. If I’d been at the Bataclan or one of those bars, I would have opened fire. Perhaps I would have died, but at least I would have taken a shot. The worst thing is the powerlessness to respond to those who want to kill you.”

Plus, according to Trump’s past interviews, he does own several personal handguns. He even has a New York City carry permit, according to the video below.

Will Trump be the first US President in recent history to carry a sidearm? According to several close to President Reagan, he was often carrying a revolver in his jacket or briefcase (can you blame him?)

Since his election, Trump’s had more important things to discuss with the media besides his personal arsenal. However, with the recent intruders on the White House grounds, we’re of the belief that Trump, like Reagan, is packing heat.

So what’s he carrying?

Also of note, many are unaware that Donald J. Trump is considerably older than he looks. Born in 1946, the nominee is a septuagenarian. Maybe its the hair. 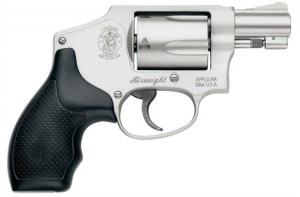 Interestingly enough, his most notable carry gun (the Smith and Wesson J-Frame) is on our list of Top 7 Guns for Senior Citizens.

Check it out here: Top 7 Guns for Seniors

His other weapon on record is the venerable HK .45ACP semi auto, an excellent weapon especially if you’re not on a shoestring budget. Trump, as well as most major party nominees, is certainly not.

In conclusion, the Donald may actually know more about firearms than his fist pumping Republican brethren, Ted Cruz, despite both candidates’ backgrounds. Case in point, the Texas senator released a campaign video during the primaries that touted his “machine-gun bacon” recipe.

The problem: Cruz was cooking the bacon with AR-15 clone, and any 2nd Amendment-loving American knows that true “machine-gun bacon” requires a machine gun. What Sen. Cruz was cooking was really “Semi-Automatic-Bacon,” delicious in its own right but NOT the same.

RELATED: Bang for Your Buck: Top 5 Semiautomatics on a Budget 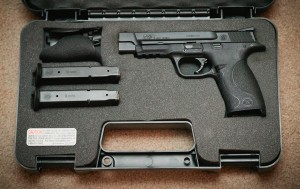